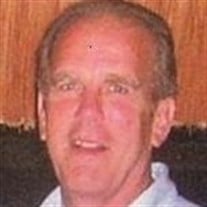 Bert Hammel, a mentor and friend to countless individuals, passed away peacefully on October 6, 2018 surrounded by his loving family. He was born in New York, New York on April 11th, 1951, son of the late Wilbert G. Hammel, Sr. and Eleanor (Blute) Hammel. Despite the endless accolades about Hammel’s community involvement over the years, no words could ever truly paint a portrait of the man who gave so much and wanted nothing in return. Bert Hammel was,above and beyond,what anyone could ask for in a best friend or mentor. Hammel’s goal in life was to help everyone recognize their true potential. His hope was he would receive no credit for anyone’s success. Bert Hammel was humble beyond the true meaning of the word. By job description, Hammel was a basketball coach for his entire adult life. And by the definition of his profession he taught the “x’s” and “o’s” of the game and, for that, he was very successful. But Hammel’s legacy will be cemented not with a win-loss record but for the indirect life victories that created for many. For each person that he touched, he never mapped out the blueprint for their success but, instead, provided the life lessons which became the launching pad for many success stories- success stories that are infinite in volume. Bert Hammel taught many ethical values long before those words were part of our culture. He was a person who just wanted to do everything right and above the board. The Greater Lawrence Boys and Girls Club, the city of Lawrence and the Merrimack Valley are all a better place because of Bert Hammel’s presence and that presence and his legacy will last forever because of the loving impact that he had on the community. Each member of the Boys Club excelled due to Hammel’s never ending love for them and his will for them to succeed. Hammel established the Academic Basketball Awareness (ABA) camp for the Boys Club kids who would not otherwise have the means to attend such as program. Hammel worked countless hours to raise funds for the camp so the kids would be benefit and excel. But this club was not an automatic for the Boys club members. Hammel demanded good grades, a good attitude and the willingness to continue learning during the camp week. Mornings during the camp were spent learning life lessons and the afternoons and evenings were spent learning basketball. At the end of the week, the kids learned about dribbling, shooting and how to be a model person. Bert stressed a different theme each year at ABA camp, but each year the same theme remained with all. That theme was “family”. Bert preached that you have the back of the guy having the same jersey as you and you fight for the person just as you would a family member. At the end of each week all the boys were brothers and Bert was the proud father, just as he was to his own children. There was no greater love or joy for Bert than his own family, his wife Jill of 27 years and their three remarkable children daughter Alexandria, sons Lucas and Cooper. Brothers, Brian and his wife Moira, Robert and his wife Kathleen, Sisters Susan Cooley, Mandy Ryder and sister Jane LaVigne and husband Greg. Sister-in-law Pam Gorrasi, husband Joe, brother-in-law Jeff Kennedy, along with his in laws Bo and Barbra Kennedy, and many nieces and nephews. One of Bert Hammel’s most prolific statements was for us to always remember “Things are never as good as they seem or as bad as they seem.” With that in mind, we have to remember for as difficult as it is for us not to have Bert Hammel in our physical presence any longer, we have to remember the blessing for having him in our lives and for us to continue carrying out his legacy. Relatives and friends are cordially invited to call on Wednesday, October 10th, 2018 from 5:00 to 8:00 p.m. in Saint Michael’s Church, 196 Main Street, North Andover, MA. His funeral mass will be celebrated on Thursday, October 11th, 2018 at 10:00 a.m. in Saint Michael’s Church. His burial will be private. Arrangements are under the direction of the John Breen Memorial Funeral Home, Inc., Lawrence and North Andover, MA. www.breenfuneralhome.com. In lieu of flowers, donations can be made to The Bert Hammel Scholarship Fund c/o The Lawrence Boys and Girls Club, 136 Water Street, Lawrence, Ma 01841

Bert Hammel, a mentor and friend to countless individuals, passed away peacefully on October 6, 2018 surrounded by his loving family. He was born in New York, New York on April 11th, 1951, son of the late Wilbert G. Hammel, Sr. and Eleanor (Blute)... View Obituary & Service Information

The family of Wilbert G. "Bert" Hammel Jr. created this Life Tributes page to make it easy to share your memories.

Bert Hammel, a mentor and friend to countless individuals, passed...

Send flowers to the Hammel family.