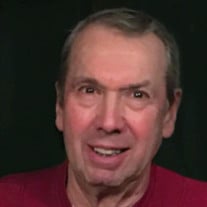 William A Roeger, 82, of Methuen Massachusetts passed away Monday November 30, 2020 at Lawrence General hospital after a short illness. William was a lifelong resident of Methuen. He is the son of the late William E. Roeger and Marie (Battles) Roeger of Methuen. Bill was predeceased by his sister Kathleen (Roeger) Doubleday. William graduated from the Tenney High School Class of 1955. After High School Bill attended the Industrial Tech in Boston and then went to work at Raytheon in Andover as a Design Draftsman. Bill then enlisted in United State Army in 1961 for six months of active duty training at Fort Sam Houston, Texas as a Medical Corpsman. He had a commitment of five additional years of Reserves Duty being honorably discharged in 1966. During his Reserves duty Bill also attended Plymouth State College and graduated with a BA Degree in 1967. Bill then spent the rest of his career in the drafting and design industry working for several large companies in Massachusetts. Bill will be remembered as a devoted family man who cared deeply for his wife Carolyn (Price) Roeger to whom he celebrated fiftyfive years of marriage this past August. He was also a loving and committed father to his three sons William J. Roeger and his fiancé Michelle MacKinnon of Glenmoore, PA, Robert M. Roeger and his wife Tammy of Danville, NH, and Daniel T. Roeger and his wife Laurie also of Danville, NH. Bill was an avid outdoorsman who loved hunting, fishing, camping, hiking, and riding his 10 speed bicycle. Many years of vacation were spent enjoying the great outdoors as a family at the beaches of Cape Cod, and the woods of New Hampshire and Maine. Bill leaves behind four grandchildren, Nicholas, Griffin, Evan and Ryan Roeger, all of Danville, NH. He also leaves behind many cousins, nieces, and nephews including Elaine (Balcius) Augot of Melrose, Dawn Marie (Doubleday) Power and husband Greg of Stuart, Florida, Colleen (Doubleday) Harris and husband Bud of Dayton, Maine, James Doubleday and wife Lilia of Maui, Hawaii, and Heather (Doubleday) Roberts and husband Jason of Belmont, New Hampshire. Due to Covid-19 services will be private for the immediate family only. Arrangements are under the direction of the John Breen Memorial Funeral Home Inc., 122 Amesbury Street, Lawrence, Massachusetts. www.breenfuneralhome.com. In lieu of flowers donations may be made in William’s name to the Lazarus House Ministries, P.O. Box 408, Lawrence, MA. 01842.

William A Roeger, 82, of Methuen Massachusetts passed away Monday November 30, 2020 at Lawrence General hospital after a short illness. William was a lifelong resident of Methuen. He is the son of the late William E. Roeger and Marie (Battles)... View Obituary & Service Information

The family of William A. Roeger created this Life Tributes page to make it easy to share your memories.

William A Roeger, 82, of Methuen Massachusetts passed away Monday...

Send flowers to the Roeger family.