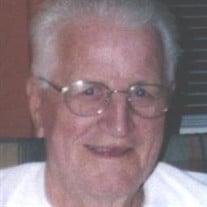 Robert Conroy, 96, a resident of Lawrence, MA, passed away on Friday, November 22, 2017 at the Nevins Nursing and Rehabilitation Center in Methuen, Born in Lawrence, Robert was educated in the Lawrence Schools and attended Lawrence High School. He was a United States Army Veteran having served in World War II. Robert had served as a reconnaissance Agent with Headquarters Company 1st Battalion 66th Armored Regiment for 30 months in North Africa, Sicily, England, France, Belgium, Holland and Germany. He acted as a reconnaissance man and carried information between friendly units so as to coordinate their efforts in combined action against enemy forces. Robert was able to make sketches, used and read maps, and used both the compass and binoculars. He was proficient in the use of personal weapons and had to possess a good memory. Robert carried both oral and written messages. Robert had worked in merchandising at Western Electric until his retirement. An avid sports enthusiast, Robert was known locally for baseball, softball, bowling and pool. He was scouted by the Boston Braves at one time. Robert was an attendant of St. Patrick’s Church in Lawrence. The son of the late Joseph M. and Martha (McTaggart) Conroy as well as husband of the late Mary (Lane) Conroy, family members include his daughter Sharon M. Doyle of Lawrence, MA. Robert was predeceased by his siblings Joseph, Harry, Thomas, Herbert, Lucy, Eugenie, Frances and Martha.The family would like to thank the staff at Nevins Nursing and Rehabilitation Center for their care and kindness. Funeral services will be held on Thursday, November 30, 2017 at 11:00 A.M. at the John Breen Memorial Funeral Home, Inc., 122 Amesbury St., Lawrence, MA. Burial will follow in the Holy Sepulchre Cemetery in North Andover, MA. Relatives and friends may call at the funeral home on Thursday morning prior to the services from 9:00 to 11:00 A.M. Memorial contributions may be made in Robert’s memory to the Residents Activities Fund at Nevins Nursing and Rehabilitation Center, 10 Ingalls Court, Methuen, MA, 01844. To send an online condolence or for more information, please go to www.breenfuneralhome.com.

Robert Conroy, 96, a resident of Lawrence, MA, passed away on Friday, November 22, 2017 at the Nevins Nursing and Rehabilitation Center in Methuen, Born in Lawrence, Robert was educated in the Lawrence Schools and attended Lawrence High School.... View Obituary & Service Information

The family of Robert Conroy created this Life Tributes page to make it easy to share your memories.

Robert Conroy, 96, a resident of Lawrence, MA, passed away on...

Send flowers to the Conroy family.