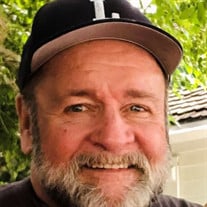 Phillip James Glendye, 68, of Lawrence, MA passed away peacefully at home with his family after a valiant one year battle with melanoma. Born and raised in Lawrence, Phil was a 1969 graduate of Lawrence High School. He attended Trinidad State College, and received his Master’s Degree in Special Education from Fitchburg State College. Phil went on to teach in the Lawrence Public School system for over 30 years, retiring in 2015. He was the supervisor of the Special Olympics in Lawrence for over 25 years where he brought two separate teams to the Special Olympics World Games in North Carolina and Alaska. Phil loved the Lawrence Lancers and cheering on the athletic teams. He dedicated himself to running the concessions stand at their football games for many years. Always willing to lend a hand to anyone in need, Phil was a well regarded member of his community, accruing 500 hours of volunteer service at the Lawrence YMCA, and being presented the Golden Deeds Award from The Exchange Club of Lawrence. In 2010 he was inducted into the Massachusetts Special Olympics Hall of Fame. Phil loved the outdoors, starting from his childhood spent hanging out by the Merrimack River, and continuing on to summers spent deep sea fishing, many memorable camping trips with his family (including one five week cross country adventure), and helping his brother John build a cabin in Jackman Maine. He was always prepared for any situation and enjoyed the challenge and adventure that the outdoors provided. In his retirement he continued to enjoy fishing, gardening, raising chickens, building boats, restoring cars, and coaching his Special Olympics athletes. Phil will be deeply missed by his wife of 32 years Karen (Franks), daughter Jenna and her husband Luke Short. Predeceased by his parents James and Ellen (Hurley), his brother John, and loving mother-in-law Evelyn Franks. He was brother-in-law to Nancy Glendye of Salem, NH, Frada and Richard Spencer of Delray Beach, FL and Lary Franks of San Jose, CA, and a very proud uncle to many nieces and nephews. Karen and Jenna would especially like to thank his cousins and friends who showed support during this difficult time. He rests in peace now knowing the secrets of what happened on Oak Island. In lieu of flowers, the family asks for donations in Phil’s name to the Massachusetts Special Olympics, or to consider volunteering with your local Special Olympics teams. Condolences can be made on Sunday December 29th from 4:00 to 8:00 P.M. at their home on 23 Ames Street, Lawrence. To send an online condolence, please go to www.breenfuneralhome.com.

Phillip James Glendye, 68, of Lawrence, MA passed away peacefully at home with his family after a valiant one year battle with melanoma. Born and raised in Lawrence, Phil was a 1969 graduate of Lawrence High School. He attended Trinidad State... View Obituary & Service Information

The family of Phillip J. Glendye created this Life Tributes page to make it easy to share your memories.

Send flowers to the Glendye family.