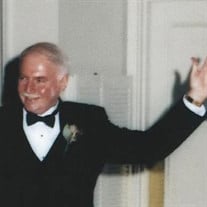 Patrick (Pat) Joseph McCarthy of Andover passed away on June 9, 2021 in peace and with great dignity. Born in Lawrence MA on July 2, 1946 the son of Patrick and Margaret Horgan McCarthy. His parents immigrated from Ireland to this country and settled in South Lawrence. You would never find Pat’s father without a shirt and tie. He and Peg loved to host family in their home. Pat followed in their footsteps, he was a very generous gentleman with a ready smile and warm greeting to all he encountered. Pat was a role model in action. Pat met his wife Norah Fitzgibbons on Saint Patrick’s day in 1969, they married on May 23, 1970. Two sons followed, Chris and Matt, and Pat was over the moon. He and the boys shared many adventures as well as his passion for basketball. He coached their youth basketball league and middle school teams. Pat was a faithful Notre Dame football fan even taking his boys to Indiana for a game. Vacations to Disney World, the Cape, the Mountains, and fun at the family’s Seabrook cottage were his joy, always putting his children first. The grand children, Madelyn and Colin, were his bright spot and next opportunity to share his love and wisdom. He would tease them but also tell them great stories about athletes and historical figures. Patrick attended Saint Patrick’s School and Central Catholic High School in Lawrence. He graduated from Suffolk University and Suffolk Law School. He retired from Lexington Insurance in Boston as a risk manager. In retirement Pat became a voracious reader and each morning he would faithfully exercise. He was a long standing member of the Dewey Club in Methuen where he enjoyed his weekly game of 45’s. Pat will be sadly missed by his wife of 51 years, Norah McCarthy of Andover, his son Christopher McCarthy and his wife Sharon as well as his son Matthew McCarthy, grandchildren Madelyn and Colin. He also leaves his brother Gene McCarthy and wife Regina and their son Timothy and a host of loving in-laws, nieces and nephews, and longtime friends. He was predeceased by his sister Mary Ellen McCarthy and brother-in-law, Kevin P. Fitzgibbons. Survived by sisters-in-law: Anne and Richard Mahoney, Deirdre Fitzgibbons, Gayle and Bob Beaudoin and Joan Fitzgibbons. Brothers-in-law: Joseph and Janice Fitzgibbons, Barry and Eileen Fitzgibbons and Jim and Kathy Fitzgibbons. Think where glory more begins and ends and say my glory was I had such friends WILLIAM BUTLER YATES Patrick's family would like to offer Special Thanks to the Beth Israel Hospital, Boston, MA. and to the High Pointe Hospice House, Haverhill, MA., for their compassion and kindness while he was in their care. Relatives and friends are invited to call on Monday, June 14th, 2021 from 4:00 pm to 8:00 pm at the John Breen Memorial Funeral Home, Inc., 122 Amesbury Street, Lawrence, MA. His funeral mass will be celebrated on Tuesday, June 15th, 2021 at 11:00 a.m. in Saint Patrick's Church in Lawrence, MA. If you are attending his funeral mass please meet directly at the Church, Thank you. Arrangements are under the direction of the John Breen Memorial Funeral Home, Inc. In Lieu of flowers donations may be made to Cor Unum Meal Center, 191 Salem St, Lawrence, MA 01843. For online condolences and other information please visit us at www.breenfuneralhome.com.

Patrick (Pat) Joseph McCarthy of Andover passed away on June 9, 2021 in peace and with great dignity. Born in Lawrence MA on July 2, 1946 the son of Patrick and Margaret Horgan McCarthy. His parents immigrated from Ireland to this country and... View Obituary & Service Information

The family of Patrick "Pat" Joseph McCarthy created this Life Tributes page to make it easy to share your memories.

Patrick (Pat) Joseph McCarthy of Andover passed away on June...