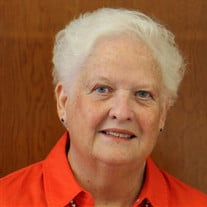 PATRICIA FOLEY KARL Charter School Founder March 25, 1943 – November 28, 2018 Patricia Foley Karl of North Andover, wife of Atty. Russell R. Karl, passed away on Wednesday, November 28, 2018. The daughter of the late Alderman Vincent P. Foley and Genevieve (Killeen) Foley, Mrs. Karl is survived by two daughters and a son: Kristin Carnahan and her husband Patrick of Longmeadow, MA, Jennifer Sylvester and her husband Joseph of Andover, MA and Stephen Karl and his wife Michaella of Springfield, VA. She is also survived by eight grandchildren: Liam, Katherine and Connor Carnahan; Samantha, Gannon and Ryan Sylvester; and Tucker and Casey Karl. Mrs. Karl was the oldest of eight children and is survived by two sisters: Justine Croteau and her husband Robert of Andover, Barbara Jensen and her husband William of Methuen and three brothers: Vincent Foley and his wife Jeanne of Hampton, NH, Thomas Foley and his wife Virginia of Hooksett, NH and Michael Foley and his wife Beth of Walnut Creek, CA. She was predeceased by two sisters Cathy Foley and Mary Beth Foley, RN. Mrs. Karl is also survived by her sister-in-law Elaine Rejimbal and her family of Florida, fourteen nieces and nephews, twenty-two great nieces and nephews and many cousins, especially Eileen Foley Everett, Michelle Killeen Phillips and Kerry Nugent Flack. Mrs. Karl was born and raised in Lawrence, Mass, graduating from St. Augustine’s Tower Hill (1956) and Saint Mary High School, Class of 1960. She earned a Bachelor of Science in Elementary Education from the State College at Lowell, Class of 1964 where she was Class Secretary and later a Masters in Educational Administration from UMass Lowell (1995). Following graduation Mrs. Karl spent a year as a volunteer teacher in South Phoenix, Arizona as part of the Regis Lay Apostolate with six other women teaching Mexican-American and migrant children in the Golden Gate Barrio. She returned to Massachusetts to teach in the Andover Public Schools and then thirteen years at the Bruce School in Lawrence. In 1985 she was hired as the Lawrence Coordinator for NECCUM (the Northeast Consortium of Colleges and Universities in Massachusetts) creating partnerships with the Lawrence schools and preparing language-minority students to attend higher education. In 1990 she was hired to be Executive Director of the Lawrence Youth Commission, and in that capacity established the Lawrence Family Development and Education Fund, Inc., a non-profit organization with a mission to “strengthen families and build community.” In that role she founded Lawrence Family Development Charter School which opened in 1995, one of the first charter schools in the state, now in its 24th year. Mrs. Karl also founded YouthBuild-Lawrence, an education/job training program to build homes for low-income families while helping to turn around the lives of young adults, and the Maria del Pilar Quintana Center, providing ESL and Citizenship classes for immigrants. Mrs. Karl was the first Advisory Chairperson of the Lawrence Heritage State Park, served on the state advisory for the Department of Environmental Management and a board member of the Greater Lawrence YWCA, Immigrant City Archives and the Adelante Youth Center where she helped establish the School Success Program. She served for many years as a trustee of Mary Immaculate Health Care Services, Inc. and their corporate board, Covenant Health Systems. She was also a Trustee of the Charles G. Pringle Foundation and the Essex County Community Foundation. For nineteen years she was a volunteer teacher in rural and impoverished schools in the Dominican Republic as part of Mision Joven Dominicana, bringing hundreds of pounds of school supplies collected from families at Lawrence Family Development Charter School. She was the recipient of numerous awards of recognition for her community service. Mrs. Karl loved to paint, read and travel but her greatest joy was to be with family and friends. Her special joy was time spent with her eight grandchildren whether painting together, playing board games or cheering at sporting events, plays and dance recitals. Her life was greatly enriched by many friends, especially her “First Grade Friends” from St. Augustine’s, her Arizona friends, teaching colleagues and the Parker/Greene Street neighbors. Friends and family are respectfully invited to attend calling hours on Monday from 4 to 8 p.m. at John Breen Memorial Funeral Home, 22 Amesbury Street, Lawrence, MA. A Mass of Resurrection will be held at 10 a.m. on Tuesday at Saint Michael Parish, 196 Main Street, North Andover, MA. Burial will follow at Ridgewood Cemetery, 177 Salem Street, North Andover. In lieu of flowers, donations can be made to the Essex County Community Foundation, Patricia Foley Karl Scholarship Endowment Fund, 175 Andover Street, Danvers, MA 01923.

The family of Patricia Foley Karl created this Life Tributes page to make it easy to share your memories.

Send flowers to the Karl family.