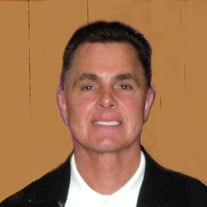 Michael John Facella, 53, of West Boxford, Massachusetts passed away on Monday, August, 14, 2017. He was born on February 6th, 1964 in Methuen, the son of the late Samuel S. Facella and Joan C. Facella. Michael was raised in West Boxford, MA. where he attended public schools. Discovering his mechanical talents at a very early age, he pursued a life working with his hands. There was little he couldn’t repair or build right from scratch. As a union iron worker in Boston for many years, he left his mark on many public and private projects, including the Lenny Zakim Bridge. More recently he managed the family’s farm stand in West Boxford. Family members include his son Agustin Facella, his Brothers Joseph M. Facella of Boston, MA, Samuel M. Facella, Jr. and his wife Christine Facella of Methuen, MA. his sister Christina M. Cipro and her husband Brian Cipro of Haverhill, MA. As well as his nieces Ava J. Facella and Ally K. Facella. He was also survived by his dog Winston. Brother of the late Stephen M. Facella Michael loved fishing in the local ponds and skiing in NH during winter months. His meticulous collections of model trains, mid-century furniture and motorized bikes are all testaments to his appreciation for functional design. His real passion, however, was working in his hobby shop constantly tinkering to improve something for himself or others– constantly striving for perfection in an imperfect world. His funeral mass will be celebrated on Monday, August 21st, 2017 at 11:00 a.m. in Saint Patrick’s Church, 114 Center Street, Groveland, Massachusetts. Burial will follow in the Mt. Vernon Cemetery, Mt. Vernon Road, Boxford, Massachusetts. Arrangements are under the direction of the John Breen Memorial Funeral Home, Inc., 35 Merrimack Street, North Andover, MA. For online condolences and other information please visit us at www.breenfuneralhome.com.

Michael John Facella, 53, of West Boxford, Massachusetts passed away on Monday, August, 14, 2017. He was born on February 6th, 1964 in Methuen, the son of the late Samuel S. Facella and Joan C. Facella. Michael was raised in West Boxford, MA.... View Obituary & Service Information

The family of Michael John Facella created this Life Tributes page to make it easy to share your memories.

Send flowers to the Facella family.