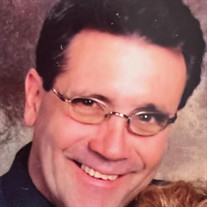 Michael J. Bourgeois, 64, a resident of Methuen, MA, passed away on Friday, May 20, 2022, at his home. Michael was born at his home on May 26, 1957, in Montreal Canada and had worked for the Laborer’s Union Local 175 in Methuen. Michael is survived by his wife of 22 years Tammy Bourgeois, his children: Derek Noel and Sally Michaud of Haverhill, MA, Michael Bourgeois, Jr and Jenn Gerome with Austin of Peabody, MA, Jessi Surette and Eric Pappalardo with Jasmine and Eric of Methuen, MA, Mallory Kelley, daughter-in-law Raquel with Alex of North Andover, MA, Melanie and Stephen Dawe with Angelina, Hannah, and Joshua of St. Mary’s Georgia, a brother Jack Bourgeois of Oshwa, Ontario Canada, sisters: Nicole Panek of Morris, NY, Sylvie Boucino of South Hadley, MA, and Nancy Roux and Mark Stearns of Enfield, CT. Michael is also survived by many many nieces and nephews as well as friends that he loved, grew up with and went on many adventures with. He is also survived by many cousins that he always called and thought of often. Michael fished, hunted, and rode his Victory motorcycle. He freely volunteered his time to help out anyone. He did benefit runs for Wounded Warriors, Steve Collier, Patriot, and Benefits for Children including one child from Poland. He volunteered when Extreme Home Makeover came to Massachusetts. Michael escorted the Moving Vietnam Wall to Haverhill. He would ride with friends to Vermont, New York, Maine, and Nova Scotia. He was a friend of Bill Wilson and would lend an ear or give a ride to anyone. He was also a member of the French Social Club. Michael hunted with a group of guys named Mike. They all had nicknames and his was “Cup Cake”. He greatly enjoyed cooking their meals. He went on a hunting trip to Upstate New York where he shot and killed a Russian Razorback bear in just one shot. He spent 4 hours tracking it. Michael was a wonderful husband, father, brother, and grandfather. He loved his grandchildren even though he didn’t always understand them. He was such a prankster himself. He rode with anyone. Michael always said, “He was living the dream, Yeah Baby”. He will be missed by many but will be seeing up from above. Relatives and friends are invited to celebrate Michael’s life on Tuesday, May 31, 2022, from 4:00 to 7:00 P.M. at the John Breen Memorial Funeral Home, Inc., 122 Amesbury Street, Lawrence, Mass. A Funeral service will follow at 7:00 P.M. To send an online condolence or for more information, please go to www.breenfuneralhome.com.

The family of Michael J. Bourgeois created this Life Tributes page to make it easy to share your memories.

Michael J. Bourgeois, 64, a resident of Methuen, MA, passed away...

Send flowers to the Bourgeois family.