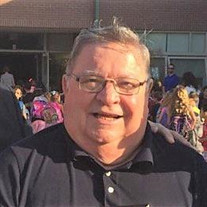 Maurice Patrick "Moe" Downey, Jr., 71, of North Andover, Massachusetts formerly of Dorchester, Massachusetts passed away after a short illness on Wednesday, December 27, 2017. He was born on May 24th, 1946, to Maurice and Mary Jane (Schermerhorn) Downey. Moe grew up in Dorchester Lower Mills. He attended St. Gregory Elementary School and was a graduate of Boston College High School in 1964, Moe later attended Cardinal O'Connell Seminary, St. John’s Seminary, and graduated from Boston College. He taught for many years and was a Principal in both the Boston and Framingham School Systems. After retirement Moe worked in the North Andover Elementary Schools. Loving Brother of Barbara Day and her late husband John of Rockport, MA, Joseph J. Downey and his husband John Walsh of Dorchester, MA., Cherished uncle to several nieces, nephews and several grand nieces and nephews. Moe was the beloved friend of Billy and Heather Fahey and their children of North Andover, MA. Brother of the late Mary E. Brennan, Patricia J. Murphy, Eleanor Downey, Frances T. Downey, Daniel F. Downey, Catherine E. Haley and Julie T. Downey. He was the beloved friend to the late Billy Coen originally from Dorchester, and the late John Finneran of North Andover. Also survived by extended family and many friends. Moe loved to travel and made many trips and cruises with his sister Julie, as well as other family members and friends. His trips included trips to Ireland, Italy, Australia, and the Holy Land. He cruised across the Atlantic, sailed around Cape Horn and traveled to Bermuda and the Caribbean Islands. Moe was a life-long Red Sox fan and spent several summers in Tanglewoods as a member of the Youth Arts Program and was also a member of the Boston Symphony Orchestra Education Advisory Committee. Moe enjoyed many weekend getaways to Sunny Hill in the Catskills with family and friends. Moe loved sitting on his porch talking with friends, especially when he was joined by his new found friend, an old dog named Luis. Relatives and friends may call on Wednesday, January 3rd, 2018 from 4:00 p.m. to 7:00 p.m. in the John Breen Memorial Funeral Home, Inc., 35 Merrimack Street, North Andover, MA. His funeral mass will be celebrated on Friday, January 5th, 2018 at 12:00 Noon in Saint Michaels Church, North Andover, MA. Burial will be private and at a later date. For online condolences and other information please visit us at www.breenfuneralhome.com.

Maurice Patrick "Moe" Downey, Jr., 71, of North Andover, Massachusetts formerly of Dorchester, Massachusetts passed away after a short illness on Wednesday, December 27, 2017. He was born on May 24th, 1946, to Maurice and Mary Jane (Schermerhorn)... View Obituary & Service Information

The family of Maurice Patrick "Moe" Downey created this Life Tributes page to make it easy to share your memories.

Send flowers to the Downey family.