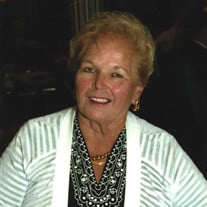 Maureen G. (Clark) Imielkowski, 75, passed away peacefully at Lahey Clinic on Sunday, October 22nd, with her family by her side. Born in Lawrence, the daughter of Alice (Johnson) Clark and Martin Clark. Maureen graduated from Lawrence High School where she made a myriad of friends who remained close throughout her life. She worked at Columbia Paper Company and Compugraphic, later known as Agfa, where her position was Administrative Assistant and ultimate party planner. Her parties and excursions were known throughout Agfa, and was known as the organizer and planning event coordinator. She retired in 2001. After retirement, she continued her parties, having the most amazing celebrations at her house, which included Christmas Parties, Anniversaries, and Birthdays. Maureen travelled extensively and went all over Europe to so many countries and also within the United States. She was most proud of her Irish heritage and loved going to Irish dances, where she learned Irish dancing under the tutelage of Rita O’Shea. She was quite proficient in the Irish dance. Her love of music was infectious. She dragged every one she knew to all the Happy Louie Polka Dances. She learned to play the piano when she was in her 50’s, an accomplishment she was most proud of. She was beloved by so many, which included her family, friends, and co-workers. She was the most loving mother, sister, daughter, wife, aunt and most of all friend. Our hearts are broken, but we are all so fortunate to have had Maureen in our lives. She was the wife of the late Alfred Z. “Ziggy” Imielkowski Maureen leaves behind her faithful and devoted daughter, Mary, who lived with her, her sisters Joanne Slater and husband Jim, of Salem, New Hampshire; Patricia Zahn Kudzma, of Nashua, New Hampshire, numerous nieces and nephews, grandnieces and grandnephews, along with her best friend Linda (Taylor) Arvanitis and many, many friends. Relatives and friends are cordially invited to call on Friday, October 27th, 2017 from 3:00 to 7:00 p.m. at the John Breen Memorial Funeral Home, Inc., 122 Amesbury Street, Lawrence, MA. Her funeral mass will be celebrated on Saturday, October 28th, 2017 at 11:00 a.m. in Saint Monica’s Church, 212 Lawrence Street, Methuen, MA. Her burial will follow in the Gibson Cemetery in Pelham, New Hampshire. For online condolences and other information please visit us at www.breenfuneralhome.com.

Maureen G. (Clark) Imielkowski, 75, passed away peacefully at Lahey Clinic on Sunday, October 22nd, with her family by her side. Born in Lawrence, the daughter of Alice (Johnson) Clark and Martin Clark. Maureen graduated from Lawrence High... View Obituary & Service Information

The family of Maureen G. (Clark) Imielkowski created this Life Tributes page to make it easy to share your memories.

Send flowers to the Imielkowski family.