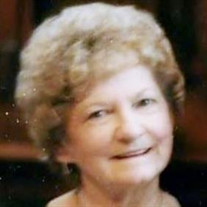 Lydia M. (Robinson) Carter 91, passed away peacefully at home Tuesday morning surrounded by her children. Lydia (Lee) was born in Bridgeport, CT. She was the oldest of 5 children and would often share stories of life growing up during the depression. In 1947 Lee (who was crowned Ms. Bridgeport) was a finalist for Ms. Connecticut. In the late 40’s Lee moved to NYC where she studied dance and acting and would often run into other aspiring actors like Anthony Quinn. While in NYC, Lee worked for legendary Big Band leaders the Dorsey Brothers. In 1952 She married Lawrence native James Carter. They moved to Lawrence, MA. in 1960 and were married for 38 years (until Jim’s passing in 1990). Together they raised 8 children. Lee was an active member of the former Assumption Parish/Church on Lawrence St. assisting with their Holiday festivals and events. In the 60’s, Lee worked for (the former) Western Electric in North Andover. In the 70’s, she switched careers and became an educator, working as a Teacher’s aide at the Lawlor School in Lawrence. Lee left the Public School System to work in the Detective Office at Rockingham Park. In 1981 she ran for Lawrence School Committee. Between 1983 and 1985 Lee worked for local radio stations WCCM and WCGY and was recognized as Employee of the Year in 1984. Lee was proud of her heritage which included both Indian and members of the Revolutionary War (DAR). In addition to spending time with her family she enjoyed bingo as well as trips to Foxwoods and Mohegan Sun. Lydia (Lee) is predeceased by her husband James R. Carter Jr. (1990) and two sons; Nick (1986) and Gary (2001). She is survived by her daughters; Denise (Mcfarland), Joanne (Flanagan), Kathy (Gorgizian), Maureen (Lundergan), her sons; James and Richard Carter, her son-in-laws; Mick Flanagan and Robert Lundergan and her daughter-in-laws; Nilda (Lopez) Carter and Roxanne (Stys) Carter. Lee leaves behind a loving family of 16 Grandchildren; Jon, Kim, Noreen, Josh, Jason, Michael, Alison, Kyle, Matthew, Amanda, Shae, Julia, Victoria, Braeden, Alejandro and Mason, 17 Great Grandchildren, 2 Great Great Grandchildren, as well as many nieces and nephews. She also leaves behind her brothers; Howard (Ted) and Richard (Ricky) Robinson and her sister Trudy Clark (predeceased by her sister Shirley). During her final years Lee was cared for by her loving daughter Kathy. Lee will be remembered for her unconditional love and support of her family, always encouraging them with loving advice. She was kind, considerate and always positive. Her laugh was infectious, her smile would warm your heart and her sense of humor would keep you laughing for hours. Relatives and friends may call on Thursday, November 21, 2019 from 3:00 to 7:00 p.m. at the John Breen Memorial Funeral Home, Inc., 122 Amesbury Street, Lawrence, MA. Her funeral mass will be celebrated on Friday, November 22, 2019 at 10:00 a.m. in Saint Mary's Church in Lawrence, MA. Her burial will follow in the Immaculate Conception Cemetery in Lawrence, MA. For online condolences and other information please visit us at www.breenfuneralhome.com.

Lydia M. (Robinson) Carter 91, passed away peacefully at home Tuesday morning surrounded by her children. Lydia (Lee) was born in Bridgeport, CT. She was the oldest of 5 children and would often share stories of life growing up during the... View Obituary & Service Information

The family of Lydia M. (Robinson) Carter created this Life Tributes page to make it easy to share your memories.

Send flowers to the Carter family.