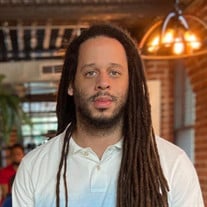 Born on January 21st, 1983 Leuvis Manuel Olivero Ramos of Lawrence, Ma lived a vibrant and extraordinary life. Leuvis grew being proud of his city and became involved in community outreach at young age.His days at the Lawrence Boys and Girls Club would later inspire him to continue to spread kindness throughout the world. A graduate of Governor Dummer Academy 00’ and Trinity College 04’, his yearning for raw knowledge and passion lead him to help people in communities of need throughout his travels. Starting with his time in the Peace Corps; he lived Paraguay, Uraguay and Peru were he would help build schools and irrigation systems for local tribes. Already knowing five languages, he managed to learn two native languages of local tribes in Paraguay. He was a natural teacher and leader and always made sure to volunteer his help while traveling. After his time with the Peace Corps, Leuvis moved to the Dominican Republic were he was a Political and Cultural journalist. While living in the DR, he started to become inspired by the country’s Afro-history. Combined with his knowledge of the African Diaspora he started to travel to countries like Cuba and South Africa to learn more about political movements and revolutions. All of this knowledge and wonder would eventually land him in Brazil. The streets of Rio de Janerio would become the soundtrack to his life’s work. He fell in love with the political graffiti that filled the streets, which he documented and wrote books about. Brazil was a stream of creativity in his life. He became involved in Caporeira and would continue to be involved with local community outreach organizations. Leuvis was loved by many, he was a true man of the people; his brilliance had a way to capture anyone who would listen. There was no such thing as “small talk” with him, he would always challenge himself and those around him to critically think and get to the root of any topic. He understood the value in education, not in a conventional way but that it needed to be experienced, there is power in knowledge and no one can take that away. Leuvis is survived by his daughter, Sophia Olivero of Rio de Janiero, Brazil; his parents Jacoba Olivero and Diogenes Puello; his sister Cesarina Olivero; his nieces Alexia Oviedo and Aaria Oviedo. He is predeceased by his father, Felipe Olivero. His Aunts, Uncles, Cousins and many Friends.

The family of Leuvis Manuel Olivero created this Life Tributes page to make it easy to share your memories.

Send flowers to the Olivero family.