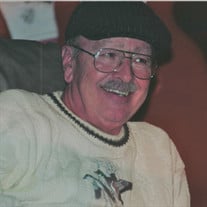 Keith T. Shamberger, 69, of Methuen, Massachusetts passed away on Wednesday, September 12th, 2018 at the Massachusetts General Hospital after a long illness. He was born in Methuen on June 10, 1949 son of the late Leo and Agnes (McNulty) Shamberger. Keith was was a graduate of Assumption Grammar School in 1963 and was a graduate of Lawrence High School in 1967. He was also a graduate of Malvern Preparatory School in Pennsylvania and later attended Villanova University in Pennsylvania. Keith was a Surgical Operating Room Technician and Surgical Assistant at the Bon Secours Hospital which is now the Holy Family Hospital for 45 years. He was also a private scrub for Kenneth Macoul for 15 years. He was a member of the Titanic Historical Society, the Gemological Association of America Certification. He enjoyed Antique Shopping and Collecting with his wife Nancy. Keith had a love for Time Pieces and Jewelry. He was a Talented Painter including Portraits. His other talent was Photography, according to his wife he had the eye for taking great photographs. He is survived by his loving wife of 46 years Nancy M. (Rooseboom) Shamberger of Methuen, MA His daughter Krystin Shamberger and Steven Pappalardo of Methuen, MA His grandsons Matthew and Michael Miller also of Methuen, MA He leaves behind several cherished friends. Brother of the late Kevin Shamberger Nancy and Krystin would like to send their deepest gratitude to the Doctors, Nurses and Staff at the Lawrence General Hospital and the Massachusetts General Hospital. Family and friends may call on Monday, September 17th, 2018 from 4:00 - 8:00 p.m. at the John Breen Memorial Funeral Home, Inc., 122 Amesbury Street, Lawrence, MA. His funeral service will be celebrated on Tuesday, September 18th, 2018 at 11:00 a.m. in the Funeral Home and his burial will take place at the Immaculate Conception Cemetery in Lawrence, MA. Memorial contributions may be made in his name to the Lawrence General Hospital, 1 General Street, Lawrence, MA 01841 or to Massachusetts General Hospital 125 Nashua Street, Suite 540, Boston, MA 02114. For online condolences and other information please visit us at www.breenfuneralhome.com.

Keith T. Shamberger, 69, of Methuen, Massachusetts passed away on Wednesday, September 12th, 2018 at the Massachusetts General Hospital after a long illness. He was born in Methuen on June 10, 1949 son of the late Leo and Agnes (McNulty) Shamberger.... View Obituary & Service Information

The family of Keith T. Shamberger created this Life Tributes page to make it easy to share your memories.

Send flowers to the Shamberger family.