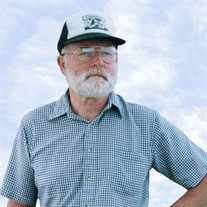 After a long rich life, John Trotwood “Poppy” Moore II passed away in his sleep at Edgewood Retirement Community’s Garden View at the Meadows on May 9, 2020 in North Andover MA at the age of 86. John is survived by his wife Shirley Catherine Hurst Moore of North Andover MA, Daughter Jennifer Elizabeth Moore and her husband David Allen Ward of North Yarmouth Maine, Daughter Cecily Patricia Tausky, her husband Edward Tausky and their two sons Philip Aaron Tausky and Brian Keis Tausky of Londonderry NH and Son Aaron Hurst Moore, his wife Nicole Moore and their two sons Nicholas David Moore and Jacob Paul Moore of Andover MA, his brother Adam Gillespie Nichol Moore and his wife Rosamie Moore and his sister Hester Brooks of Concord MA and many nieces & nephews. John is preceded in death by brother Leslie Moore and his wife Charlotte Maxton Moore of Essex MA, brother-in-law Robert Arthur Brooks of Concord MA, sister-in-law Mary Hurst Muise of Gloucester MA, brother-in-law John Carroll Hurst of Gloucester MA, sister-in-law Patricia Hurst Johnson of Gloucester MA and sister-in-law Judy Hurst Corcoran of Gloucester MA. John was born on September 3, 1933 in Boston, MA to Ann Leslie Nichol Moore and Dr. Merrill Moore. He grew up in Squantum MA and graduated from North Quincy High School. He served as a medic in Korea in the 1950’s and was honorably discharged from the military in 1963. John met his future wife Shirley Catherine Hurst while working as an orderly at Beth Israel Hospital where she was interning as a student nurse. They married in 1959 and celebrated their 60th wedding anniversary with friends and family in July 2019. John and Shirley made a home in Winchester MA raising their three children and later cherishing their four grandsons until they retired to North Andover MA. John shared his love of nature, being of service and sailing. His children, grandchildren, nieces, nephews and friends remember him as a loving parent, grandfather, uncle and companion. John earned his Masters in Social Work from Boston University in 1965. He began his career as a social worker specializing in adoption. In 1972 he accepted the position as district executive for Mass Society of Prevention of Cruelty to Children at the North Shore District Office. John devoted the first three decades of his professional life to protecting children’s welfare. In the early 80’s he made the transition to working for Home Health VNA Merrimack Valley Hospice where he remained until his retirement in 2002. John found opportunities to serve and continued as a community volunteer even in the last years before his passing. Friendly, appreciative and extremely extroverted, John was a kind and devoted individual who adored being of service. He was passionate about spending time on the ocean, protecting the environment and supporting local government. An avid sailor from the start, John adored sharing his passion for boats with many by taking them out on his second love, The Fairwinds. Like the grandfather he was named for, John had a great love for story-telling and was legendary for his colorful tales. John served on various political and social organizations including Winchester town meeting member, Commissioner for the Winchester Conservation Lands, Campaign Manager for various local candidates and board member for the ABC house, to name but a few. One of his favorite community activities was playing Santa Claus at the local garden center for two generations of children. John will be remembered by many for his pickup truck. With his threadbare tarps and fraying pieces of rope, he helped family and friends transport all kinds of unwieldy objects over the years. Always kind, generous and ready to lend a helping hand, John brightened the day of anyone he met. John’s devotion to community service and readiness to help is a legacy he leaves for his children and grandchildren to carry on. Services will be held on a yet to be determined date. In lieu of flowers, please send donations to Home Health Foundation Attn: Community Engagement 360 Merrimack Street, Building 9, Lawrence, MA 01843. https://www.homehealthfoundation.org/donate/ For more information or to send an online condolence please visit our website at www.breenfuneralhome.com The family would like to thank the Caregivers, Staff and Administrators at The Woodlands and The Meadows of the Edgewood Retirement Community for their service, support, caring effort and dedication during this unprecedented and challenging time.

After a long rich life, John Trotwood &#8220;Poppy&#8221; Moore II passed away in his sleep at Edgewood Retirement Community&#8217;s Garden View at the Meadows on May 9, 2020 in North Andover MA at the age of 86. John is survived by his wife... View Obituary & Service Information

The family of John Trotwood "Poppy" Moore II created this Life Tributes page to make it easy to share your memories.

Send flowers to the Moore family.