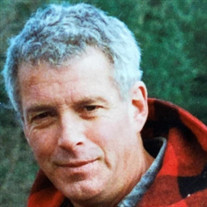 John David Gerard Armitage, born in Methuen, Massachusetts, on December 2nd, 1951, died peacefully in his sleep on August 29th, 2020. He was the son of the late Dr. Henry G. Armitage Jr. and Mary Louisa O’Hearn Armitage. John was a graduate of North Andover High School and Merrimack College, and received his Master’s Degree in Hospital Administration from Lesley University. He is survived by his children Elizabeth Brown, John Armitage, and Blythe Armitage, their mother Barbara Armitage, and his siblings Anne, Henry, Jude, Christopher, Mary, Francis, David, Joseph, Patrick, Timothy, and Anthony. John was the grandfather of Poppy, Eddie, June, and Rosie, all of York, Maine, and he had many nieces and nephews. John was known for his wit, intelligence, and gifted writing. He possessed a unique ability to comfort others in their time of need, and his calm advice was regularly sought after by loved ones, friends, and members of his community. A skilled builder, John often jotted poems and humorous anecdotes about his young children in between sketches of cabinetry in his workbook. In his youth, John was the lead singer of the rock band Bethlehem Steel. His love of music was infectious. From humming Smokey Robinson while he shaved, to playing Sgt. Pepper’s on the family stereo at full volume, to encouraging his children to dance on the furniture—he understood that music makes life more beautiful. John was most at peace in nature, paddling his canoe or on a blanket in the yard watching meteor showers. His children fondly remember walking in the woods, playing catch, and building lean-tos beneath the pine trees with their dad. John was a dedicated fisherman, and his family was accustomed to his yearly disappearance when the stripers ran close to the shore. His secret fishing spot, somewhere on the rocky coastline of Maine, will forever remain a mystery. John’s strong values—including kindness, compassion, and justice—will be an ever-present moral compass for those who loved him. John believed the purpose of life was to leave the earth better than you found it, and he often said he felt that he had succeeded by leaving the world his three children. Funeral services will be private. In lieu of flowers, donations may be made in memory of John to the York Community Service Association at www.ycsame.org or by mail to PO Box 180, York, ME, 03909.

The family of John David Gerard Armitage created this Life Tributes page to make it easy to share your memories.

Send flowers to the Armitage family.