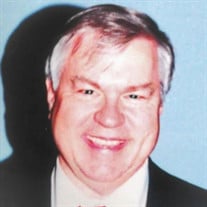 James W. Sweeney, 77, a resident of Lawrence, died on Saturday, January 8, 2022, at Beth Israel Hospital Boston after a long illness. He was born in Manhattan, the only child of James J. Sweeney and Mae (Colhoun) Sweeney of New York City, Long... View Obituary & Service Information

The family of James J. Sweeney created this Life Tributes page to make it easy to share your memories.

Send flowers to the Sweeney family.