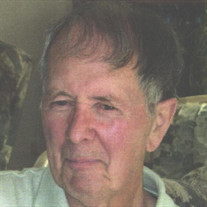 James M. Ryley, age 82, of Lawrence, MA passed away after complications from a long battle with Atypical Parkinson’s on March 15th, surrounded by his loving family. Jim was born in Lawrence where he lived all his life. He attended St. Augustine’s Grammar School and graduated from Central Catholic High School in 1953. He worked as a pressman for Admiral Folding Box in Andover and Methuen for over 40 years. Jim enjoyed traveling throughout New England and parts of Canada with his family. While touring, he liked to scout out local flea markets in search of treasures and war memorabilia. He had a passion for war history and artifacts. He also loved spending time with his daughter, Elizabeth, and sons, Matthew and Michael. A favorite pastime was repairing radios and televisions. Jim was a quiet, caring and generous man with a sharp, quick wit and intellect which would always bring a smile or a laugh to family and friends. Jim shared 60 years of marriage with his loving and devoted wife, Norma (Howard) Ryley. He will be deeply missed by his daughter, Elizabeth and her husband, Daniel Coughlin of Methuen, his two sons, Matthew Ryley of Lawrence and Michael Ryley of North Andover, and his five grandchildren Daniel, Timothy and Alyssa Coughlin and James and Katherine Ryley. He is survived by his brother Laurence Ryley of Leominster, MA, sister Eleanor, stepbrother Kenneth Ryley of Danielson, CT, aunt Alison Ryley and several nieces, nephews and cousins. He was predeceased by his father, James Ryley and mother, Marcelle (Bonsaint) Ryley, his sister Marilyn Ryley and his aunts Delma and Yvonne Bonsaint, who upon his mother's passing in his early childhood, cared for him. Family and friends are invited to celebrate Jim's life by gathering for his calling hours on Monday, March 19, 2018 from 4-7 PM and Tuesday, March 20, 2018 from 10-11 AM at the John Breen Memorial Funeral Home, 35 Merrimack St., North Andover, MA. A memorial service will be held at noon on Tuesday at Christ Church, 25 Central Street, Andover, MA. Burial will follow at West Parish Cemetery in Andover, MA. In lieu of flowers, the family requests donations be made in Jim's memory to the Michael J. Fox Foundation for Parkinson's Research, P.O. Box 5014, Hagerstown, MD 21741-5014. www.michaeljfox.org

James M. Ryley, age 82, of Lawrence, MA passed away after complications from a long battle with Atypical Parkinson&#8217;s on March 15th, surrounded by his loving family. Jim was born in Lawrence where he lived all his life. He attended St.... View Obituary & Service Information

The family of Mr. James M. Ryley created this Life Tributes page to make it easy to share your memories.

Send flowers to the Ryley family.