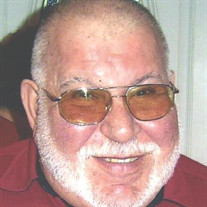 Henry A. “Hank” Solomon, 74, of Lawrence, passed away Friday, August 09, 2019 at the MI Nursing/Restorative Center, after a long illness. Henry was born March 1, 1945 in Lawrence, to the late Mitry and Elizabeth (Peters) Solomon of Lawrence. Henry was proud of his Syrian heritage, as his father was born in Syria and immigrated to Lawrence where he married and raised his family. A life long resident, Henry was a graduate of Lawrence High School Class of 1964 and was an active member of the Alumni Committee, and always looked forward to attending class reunions at the Ashworth Hotel. He was a member of the Lawrence Elks #65, where he enjoyed socializing with his friends on Friday nights and the monthly dinner meetings. Henry worked for the City of Lawrence DPW, he retired after 38 years of service. After retiring he worked part time for the NESC Federal Credit Union, formerly the Lawrence Firefighters Federal Credit Union. An avid New England sports fan, there wasn’t much Henry couldn’t tell you about any team, player or statistic. He enjoyed Bingo and playing the lottery. For many years Henry was a familiar sight walking from one end of Lawrence to the other, everyone knew him by name. Henry was married to the late Barbara(Cerami) Solomon, the love of his life, who predeceased him in Oct. 2004. Henry is survived and will be sorely missed by his brother David Solomon and his wife Janet, his sister Mary Pica and her husband Rodney all of Methuen, his god daughters Marybeth Veilleux and her husband Otisand Amy Solomon Desrochers and her husband Gary, nephews, Michael Solomon and his wife Kathy and Arthur Verreault, as well as 8 great nieces and nephews, many cousins and friends that he counted as family. The family would like to thank the nurses and staff at the Mary Immaculate Nursing Home for the special care they gave to Henry during his stay there. Relatives and friends are cordially invited to call on Monday, August 12, 2019 from 4:00 to 7:00 p.m. at the John Breen Memorial Funeral Home, Inc., 122 Amesbury Street, Lawrence, MA. His funeral service will be celebrated on Tuesday, August 13, 2019 at 10:00 a.m. in the John Breen Memorial Funeral Home, Inc., 122 Amesbury Street, Lawrence, MA. Burial will follow in the Saint Mary's/Immaculate Conception Cemetery in Lawrence, MA. Donations may be made in his memory to the MI Nursing/Restorative Center, 172 Lawrence St., Lawrence, Ma 01841 or to Lawrence Alumni Association Scholarship Fund, 70-71 N. Parish Rd., Lawrence, MA 01843. For online condolences and other information please visit us a www.breenfuneralhome.com.

The family of Henry A. "Hank" Solomon created this Life Tributes page to make it easy to share your memories.

Send flowers to the Solomon family.