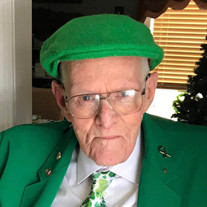 George J. Thomas, 87, a loving HUSBAND, FATHER, GRANDFATHER AND BROTHER, passed away peacefully on June 11, 2020 at Whittier Rehabilitation Hospital after a lengthy battle with Alzheimer's. He was born in Lowell, MA and the son of the late George and Genevieve Thomas. He was raised and educated in Newton, MA. He graduated from Our Lady's of Newton High School and attended Bentley College.  George served his country in the United States Navy for four years and was honorably discharged in 1954. He was so proud to serve his country and call himself a veteran.  George worked at Raytheon, City of Lawrence Tax Collector's Office, Correctional Officer at the Lawrence House of Correction, Veteran's Administrator in Boston and finally retired as the Veteran's Director in Methuen, Massachusetts.  George was very active in the community. He was President of the South Lawrence  Associates and Chairman of the Lawrence Christmas Parade, including playing Santa Clause for many of those parades. George was also a 50+ year member of the Ancient Order of Hibernians and was named Irishman of the Year in 1985. He also served as Chairman of the St. Patrick's Day Parade for many years. George took exceptional pride as Chairman of the Annual St. Patrick's Day Program Book and annual Turkey Cheer for the Hibernians.  George loved spending time with his family, especially at the Thomas Cottage in Rockport, MA. He also loved having barbecues with his family, playing bingo, reading his many newspapers and collecting baseball cards.  George is survived by his loving, caring and thoughtful wife, of 58 years, Gloria Dunn  Thomas, and his five children. Brian and his wife, Barbara, of Londonderry, NH, Deborah Begley and her husband, Barry, of Methuen, MA, Kelly Fitzpatrick and her husband, Glenn, with whom he resided with, of Danville, NH, Kathleen Potvin and her husband, Alan, of Goffstown, NH, and George Jr. and his wife, Christine, of North Andover, MA. He is also survived by his 10 grandchildren and 2 great grandchildren: Shaun, Scott, Daniel, Katelyn, AJ, Kasey, Kayleigh, Tyler, Kylie,  MacKenzie, Addisyn and Beckett. He also leaves behind his brothers, Kevin and Allan, and sister, Ellen, along with several nieces and nephews.  Relatives and friends are invited to calling hours on Thursday, June 18, 2020, at the John Breen Funeral Home, 122 Amesbury Street, Lawrence, MA from 4:00 to 8:00 P.m.  Please note: “While in the funeral home; according to the Commonwealth of Massachusetts guidelines, everyone must practice social distancing wearing of masks. " A private funeral mass will be celebrated on Friday, June 19, 2020 at Sacred Hearts Parish, 165 South Main St. Bradford, MA and burial will be private, and a Celebration of Life will follow at a later date.  The family would like to thank Dr. Paul Liguori and his 2 nurses, Kim and Jolene and staff, at Whittier for all their great care and devotion to our Dad. He loved them all dearly. We would also like to thank Linda Steir, Director of Senior Class Adult Daycare and Ellen Parenteau, his loving aide for the past few years.  The family requests that memorial donations be made to either: Department of Veteran Affairs Medical Center, 718 Smyth Road, Manchester, NH, 03104 or Whittier Rehabilitation Hospital, 145 Ward Hill Avenue, Bradford, MA, 01835.

George J. Thomas, 87, a loving HUSBAND, FATHER, GRANDFATHER AND BROTHER, passed away peacefully on June 11, 2020 at Whittier Rehabilitation Hospital after a lengthy battle with Alzheimer's. He was born in Lowell, MA and the son of the late George... View Obituary & Service Information

The family of George J. Thomas created this Life Tributes page to make it easy to share your memories.

Send flowers to the Thomas family.