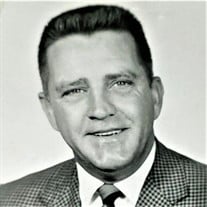 Francis J. Kivell, Sr. 92, died on Saturday, February 1, 2020 at the Lawrence General Hospital surrounded by his loving family. He was born in Lawrence, son of the late Roger and Myra Kivell. He graduated from St. Augustine's Grammar School and Lawrence High School where he was the captain of the high school basketball team. At 17 years old he enlisted in the US Navy and served 18 months and was honorably discharged as a veteran of WWII. He returned to Lawrence High School and graduated in 1947. Upon graduation he went to work at Frank C. Meyer Box Shop where he was elected at president of the AFL-CIO union. Subsequently, Frank worked many years in the automobile business at Taylor Buick, Arnold Motor Sales as sales manager, Bill Deluca Dodge Agency in Haverhill, and Colonial Motors in Nashua, NH. Frank left the auto business and entered the freight sales business working for Jones Motor and Pacific Intermountain Express (PIE) of Walnut Creek, CA as sales manager for the Boston region. Frank took great interest in politics and sports. He managed and coached many sports teams. His first sports team was St. Augustine's CYO baseball team that had a record of 22 wins going all the way to the Massachusetts state championship 1944. They won the first game in Braves Field Boston, were beaten at Fenway Park, and lost the final game in Lawrence. Frank moved to Salem, NH because of his sales territory where his first endeavor was to be elected president of the Salem Little League maintaining three playing fields outfitting each player with uniforms, bats, ball, and umpires at no cost to the town or parents. Money was raised through dances, suppers and tag days. Salem was Little League state champs twice and played in the eastern playoffs. He was involved in raising funds to build the original Boys' Club and also president of the Salem High Booster's Club which raised thousands of dollars for scholarships. His most successful fund raiser was bringing the New England Patriots Football Team to Salem High School to play the teachers. He also co-chaired the first all day Fourth of July Celebration. Frank also started the mens basketball league with six teams in Woodbury Gym. Over 80 men, each paying a small fee to cover expenses for custodians, referees and equipment joined. He also coached the Salem Lakers' basketball team that was entered in the tri-mountain league of New Hampshire. He was instrumental in organizing eight team men's softball league and coached and managed a team (The Stabbers) which was a winner each year. In 1970 he was chosen number one in the state of New Hampshire for all his volunteer endeavors and one of 12 nationally to be selected for the Presidential Physical Fitness Award for leadership in sports and was honored in Washington, DC at a White House dinner.   Frank then moved back to his hometown of Lawrence and was involved in the South Lawrence West Little League. He was appointed chairman of the Lawrence Licensing Board where he served for total of 21 years. Continuing his love of politics, he ran for Lawrence City Council at Large where he was elected to two terms. He served as Council President and as Acting Mayor upon the resignation of Mayor Dowling. Frank served many years on the St. Patrick Day Parade Committee and he was especially pleased to be named Grand Marshall of the St. Patrick Day Parade in 2003. During his retirement he also enjoyed his getaways in Maine and winter vacations in Florida.   Frank is predeceased by his loving wife Mary (McCarthy)(Lynch). Frank is survived by his son Francis ”Buddy” J. Kivell, Jr. as well as four stepdaughters, Kim Carroll and her husband William, Kathleen Pierce and John, Denise Robarge and husband Joseph, and Jennifer Maher and her husband John. He was the proud grand father of Erin (Kivell) Parks and her husband Alex, Katie Kivell, Deirdre and Leigha Carroll, Brendan, and Shauna Pierce and Seamus Bradford, and great grandfather to Benjamin and Brycen Parks, as well as several nieces and nephews. He was predeceased by his sisters Mary (MacLean) Duci, Julie Gallant and a brother Roger Kivell. Family and friends are invited to call on Friday, February 7, 2020 from 4:00PM to 8:00PM A funeral service will follow the calling hours at 8:00PM at the John Breen Memorial Funeral Home Inc. 122 Amesbury Street, Lawrence, MA. Burial services will take place later and will be announced. For more information or to send an online condolence visit our website at www.breenfuneralhome.com.

Francis J. Kivell, Sr. 92, died on Saturday, February 1, 2020 at the Lawrence General Hospital surrounded by his loving family. He was born in Lawrence, son of the late Roger and Myra Kivell. He graduated from St. Augustine's Grammar School... View Obituary & Service Information

The family of Francis J. Kivell Sr created this Life Tributes page to make it easy to share your memories.

Send flowers to the Kivell family.