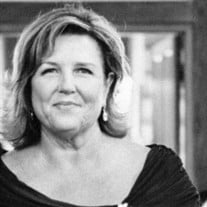 Barbara Stone, 68, of East Sandwich, Massachusetts, passed over with the utmost grace and dignity after a heroic battle with cancer on Sunday, September 30, 2018 at Massachusetts General Hospital. Born in Lawrence, Massachusetts to Clifton G. Stone, Jr. and Mary (Gaughan) Stone, Barbara grew up in North Andover and graduated from North Andover High School with the accolades of “Best Dancer” and “Best Female Athlete” in the Class of 1968. In 1972, she graduated from UMASS-Amherst with a B.S. in Secondary Education. After moving to Cape Cod in 1989, Barbara entered the Scientific and Technical Illustration Program at the Rhode Island School of Design where she earned a CE Foundation Certificate. Barbara pursued both her passion for painting and love of teaching. For 23 years, she taught physical education and health at Barnstable West Barnstable Elementary. While working as a teacher, Barbara continued to take art classes featuring all types of mediums, but she found her passion when she enrolled in a pastel workshop. Barbara painted prolifically, using Cape Cod landscapes as her inspiration. A member of the Pastel Society of America and a founding member of Pastel Painters Society of Cape Cod (PPSCC), she won many awards and honors, including the PPSCC Lifetime Achievement Award in 2013. Barbara was represented by Gallery 31 in Orleans and her artwork has been featured in the American Art Collector magazine and Cape Cod Life. The love she had for her family was indomitable. Although a professional artist, she described her three children as “the most creative thing I have ever done.” She is survived by her daughter, Bridget Stone; son, Brendan Fitzgerald, his wife Amy, and grandson Zachary Bryan Fitzgerald; son, Jack Fitzgerald, his wife Meghan, and grandson Conor Stone Fitzgerald; her sister, Patricia Morrison; her brother, Clifton Stone and his wife Beverly; and many nieces, nephews, and friends. The family is grateful for the abundance of the loving support from family and friends, as well as the world-class care from Massachusetts General Hospital and its staff. Burial services will be private at the Ridgewood Cemetery in North Andover, Massachusetts. A public memorial service and celebration of life will be held on Saturday, October 13, 2018 at 12 noon at West Parish Church, 2049 Meetinghouse Road, West Barnstable, MA. For other information or for contributions please visit: http://barbarastonepastels.com/memorial

Barbara Stone, 68, of East Sandwich, Massachusetts, passed over with the utmost grace and dignity after a heroic battle with cancer on Sunday, September 30, 2018 at Massachusetts General Hospital. Born in Lawrence, Massachusetts to Clifton... View Obituary & Service Information

The family of Barbara Stone created this Life Tributes page to make it easy to share your memories.

Send flowers to the Stone family.