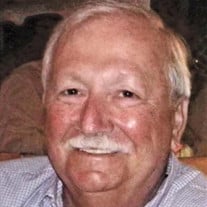 Arthur Lind Pearse, beloved husband of Kathleen Byron Pearse, passed away peacefully at home on September 28th, 2021, with his loving family by his side. He was 74 years old. Born and raised in Malden, MA, Arthur spent his childhood summers at Cobbetts Pond in Windham, NH. He attended Malden Public Schools and joined the United States Marine Corps following his high school graduation. He married his high school sweetheart Kathy and they celebrated 54 years of marriage on September 17th. Arthur was a proud, retired Lawrence Fire Lieutenant. He loved everything about being a firefighter, but especially the camaraderie with his colleagues. Arthur earned his bachelor’s degree from Merrimack College while working full-time. His career was sadly cut short when he was forced to retire under the heart and lung law. In retirement Arthur enjoyed many pastimes, most notably, fishing. He enjoyed many fishing trips with the guys he affectionately referred to as “The Old Farts”. He was an avid reader, loved metal detecting, and enjoyed following his favorite sport teams. He loved traveling with his wife and the annual Aruba trips to his timeshare with extended family. Arthur was a kind and gentle man who derived joy from helping others. He will be missed terribly by all who knew him. Besides his wife Kathleen, he is survived by his children; daughter Kristin Szettella and son-in-law Stephen of Methuen, with whom he lived, son Arthur of Derry, NH, daughter Karen Smith of Colorado, his grandson Joseph Pearse-Barbara, who he raised as his own, sister Miriam Cianciulli of Malden, grandchildren Bryan and Kayla. Arrangements: Family and friends are invited to attend calling hours Sunday, October 3, from 2 to 6 pm at John Breen Memorial Funeral Home at 122 Amesbury St, in Lawrence, MA. There will be a funeral mass at St. Michael church in North Andover, October 4th at 10:00 am, burial will follow at Elmwood Cemetary in Methuen. In lieu of flowers donations may be made to The American Heart Association online at: www.heart.org

Arthur Lind Pearse, beloved husband of Kathleen Byron Pearse, passed away peacefully at home on September 28th, 2021, with his loving family by his side. He was 74 years old. Born and raised in Malden, MA, Arthur spent his childhood summers... View Obituary & Service Information

The family of Arthur Lind Pearse created this Life Tributes page to make it easy to share your memories.

Send flowers to the Pearse family.