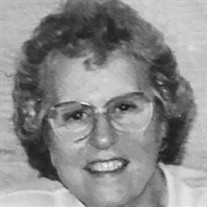 Angelina (Manzi) Hyatt, 88 years old, died while surrounded by her family on the Feast of the Nativity of the Blessed Mother. Angie was married for 58 years to Wilbur (“Zeke”) Hyatt who predeceased her in 2009. She was the daughter of the late Michael and Angelina Manzi of Lawrence, the youngest of their eleven children. She is the proud mother of seven children, nonna to twenty-five grandchildren, and great-grandmother to five great-grandchildren. Angie grew up in Lawrence and attended Holy Rosary Grammar School and Lawrence High School. She worked at Manzi Electric Corporation before she became a mother. When her children were all in school, she worked as the office manager for the Northeastern Electrical Contractors Association in Lawrence. Angie was known for her open heart, her generosity of spirit and her welcoming ways to all, as well as her devotion to God, family and her Catholic faith. She was a staunch supporter of life. Angie and her husband, Zeke, were among the founders of Merrimack Valley Right To Life Committee. They hosted, with the help of their children and grandchildren, two pool parties every summer for almost twenty years for the youth attending summer camp of the Sisters of Mother Teresa of Calcutta. Angie prepared the food while her husband, Zeke, served as a life guard and taught swimming and diving to the children. Not only were Angie and Zeke outstanding examples of integrity and virtue for their children, but they also taught the importance of love, sacrifice and discipline. Angie’s seven children are: Armand Hyatt (and his wife, Karen) of Amesbury, Father Martin Hyatt from Saint Basil Seminary in Methuen, Nadema Gemmell (and her husband, Douglas) of Windham, NH, Peter Hyatt (and his wife, Maureen) of Windham, NH, Sofia White (and her husband, Ian) of Andover, Francis Hyatt of Nashua, NH, and Joseph Hyatt (and his wife, Elizabeth) of Bedford, NH. Her twenty-five grandchildren are: Brett Hyatt, Wesley Hyatt, Wilbur Hyatt, Carter White, Elizabeth Hartke, Peter White, Sofia Hyatt, Aaron White (in Heaven), Hannah Hyatt, Lucius White, Joseph Emanuel Hyatt, Douglas Gemmell, Solomon White, Angelina Hyatt, Jenna Hyatt, Julia Hyatt, Joseph Martin Hyatt, Micah White, Daniel Hyatt, Rachel Hyatt, Jude White, Artemis White, Kathryn Hyatt, Victoria Hyatt, and Elise Hyatt. Her five great-grandchildren are: Emelia White, Gavin Hyatt, Jack Hartke, John White, Marie Angelina Hartke. She is survived by her brother, Michael Manzi and her sister, Anna Tulley and many, many nieces and nephews. Angie was proud of her Italian heritage, and maintained a close relationship with her cousins in Italy, both in Quindici (where her father was born) and in the nearby region of Nola and also in Siracusa, Sicily. Following in the footsteps of her mother, Angelina (born in Marzano Appio), Angie was a member of the Saint Rita Sodality at Holy Rosary Church and a lifelong parishioner of the Parish in Lawrence and after her marriage, also of Saint Joseph Melkite Church, also in Lawrence. She was a member of the Third Order of the Basilian Salvatorian Order, and was involved in the Saint Basil Community, after her Cursillo experience there. Angie was also a member of the Lawrence Ladies Lodge #2026, Order Sons of Italy in America. ARRANGEMENTS: The wake, for family and close friends of the family, will be held at John Breen Memorial Funeral Parlor, 122 Amesbury Street, in Lawrence, on Tuesday, September 12, from 4 to 8 PM. The Byzantine Funeral Service will begin promptly at 8 PM. The Funeral Mass will be offered on Wednesday, September 13, at 10:30 AM at Holy Rosary Church at Corpus Christi Parish in Lawrence. Committal will be at Immaculate Conception Cemetery in Lawrence after the Funeral Mass. Members of the Saint Basil Cursillo community and friends are invited to join the family at a Memorial Liturgy for Angelina at St. Basil's Center on Wednesday, September 20 at 7 PM. In lieu of flowers, the family requests memorial contributions be made to Saint Basil Seminary, 30 East Street, Methuen, MA 01844.

Angelina (Manzi) Hyatt, 88 years old, died while surrounded by her family on the Feast of the Nativity of the Blessed Mother. Angie was married for 58 years to Wilbur (&#8220;Zeke&#8221;) Hyatt who predeceased her in 2009. She was the daughter... View Obituary & Service Information

The family of Angelina (Manzi) Hyatt created this Life Tributes page to make it easy to share your memories.

Send flowers to the Hyatt family.