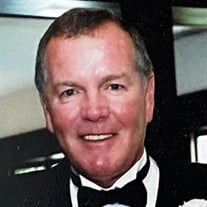 Allan Norris Breen, 73, of North Andover, Massachusetts and Ogunquit, Maine, died peacefully on Wednesday February 16th at the Edith Nourse Rogers Memorial Veterans Hospital, Bedford, MA. Allan was born on March 30, 1948 in Lawrence, Massachusetts, to Daniel B. Breen, and Louise Norris Breen. The third of ten children, he was raised in North Andover. He is remembered as adventurous from a young age, and the stories of his exploits with his twin brother Stephen are legendary. He graduated from North Andover High School, where he was a fierce competitor on the basketball court. After high school, Allan enlisted in the United States Marine Corps. He served a tour of duty in the Vietnam War, and was awarded the Purple Heart Medal. After returning from Vietnam, he was stationed in Cuba. Allan spent time every summer at his grandparents' house in Ogunquit, ME, where his lifelong love of fishing and the ocean began. He loved striper fishing off the rocks near Little Beach and free diving, where legend has it he could hold his breath from Little Beach out around Lobster Point. Allan met the love of his life, Cathy, in Ogunquit during the summer of 1968 and they married on September 6, 1969. They moved to Lawrence, and in the years following Allan worked as a mechanic and janitor while attending school on the GI bill, earning associates and bachelors degrees. He went on to earn a Masters Degree in Business from Suffolk University in Boston. Allan and Cathy had three daughters, Megan, Laura, and Jenny, who they raised in his hometown of North Andover. He was a loving and proud father, who worked hard to support his family. Fond memories include the green carnations he always brought home on St. Patrick's Day, Valentine chocolates, jumping waves and swimming together in Ogunquit, and stopping into the many bakeries, stores, and restaurants in the greater Lawrence area where it always seemed like he was friends with just about everybody. Allan worked for the State of Massachusetts Department of Revenue in many different roles throughout his decades long career there. He got his insurance license, and spent many years working a second job at Roberts' Insurance Agency in North Andover. He was a hard worker and a “people person” who remembered people's names and loved a good joke or story. Allan gave freely of his time, and was always helping other people. He volunteered through the Disabled American Veterans (DAV) and was dedicated to helping fellow veterans navigate the VA system and receive their benefits due. He was appointed by Governor King to the Massachusetts Commission for the Concerns of Vietnam War Veterans in the early 1980s. On any given day, you could find Allan helping friends with anything from their income tax returns and insurance forms to their cars and lobster traps. He loved to “make the rounds,” stopping off for a cup of coffee here or a chat there. In recent years, you could find him down at the beach parking lot having coffee with his buddies in the “Ogunquit Stripers Association.” He loved going fishing, clamming, or lobstering with his friends, and especially hearing and telling good stories about all these pursuits. Allan was blessed with 6 grandchildren, who were known to affectionately call him “Grandpa Sandbar”- a fishing nickname. He loved his grandkids and took them on many adventures. In recent years he enjoyed family trips to Lake Sunapee and Vinalhaven Island and loved joking with his grandkids and watching them have fun and enjoy a good life. Allan enjoyed a good bet and had an uncanny way of winning. Luck often seemed to go his way. He played cards and darts in the many bars and clubs he was at home in. A sports fan, he especially loved the Celtics in the 1980s, and was often at the Boston Garden. Allan is survived by his loving wife of 52 years, Cathy (Lynk) Breen of North Andover; daughter Megan Zottoli-Breen and husband Brian of Kittery, ME; daughter Laura (Breen) Brogan and husband Dave of Cape Neddick, Maine; daughter Jennifer (Breen) Colen and husband Brad of Macon, Georgia; brother Daniel B. Breen Jr. of Newbury, MA; brother Stephen Breen and wife Donna of N. Andover; sister Margaret (Breen) Chandler and husband Brent of New London, CT; brother Peter Breen and wife Kerry of N. Andover; brother Andrew Breen and wife Joan of N. Hampton, NH; sister Nancy Breen and wife Eva, of Ogunquit; sister Carol (Breen) Boringa and husband Tjitse of Kittery, ME; sister Mary Breen and wife Eileen of South Berwick, ME; sister Susan Breen and wife Mary of N. Andover; grandchildren Lucinda and Aidan (Brogan), Jack and Harrison (Zottoli), Tyler and Hazelyn (Colen); as well as many nieces, nephews, and friends. Allan's family would like to thank the wonderful team at the Bedford VA Hospice Unit who cared for him the past three months. In lieu of flowers, donations can be made to the Disabled American Veterans (dav.org.) A wake be held Monday, February 21st, 2-6 pm at the John Breen Memorial Funeral Home, 35 Merrimack St, North Andover, MA. At Allan's request, there will be no funeral service.

The family of Allan Norris Breen created this Life Tributes page to make it easy to share your memories.

Send flowers to the Breen family.